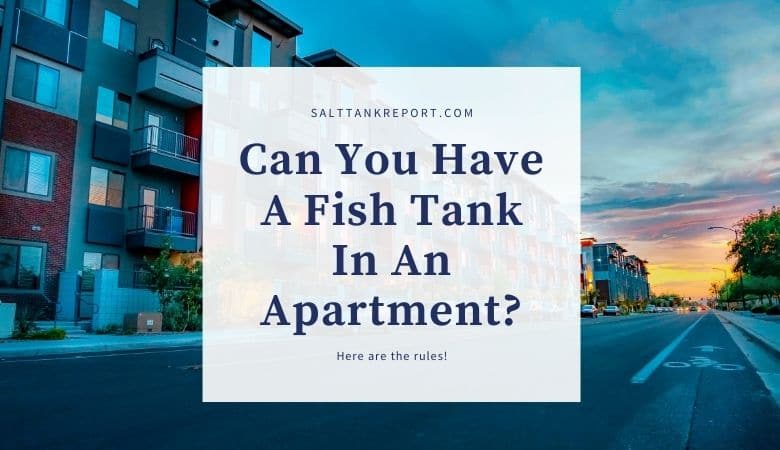 Aquariums often seem like an excellent idea for apartment living because they’re relatively small and stay in one place.

Aquarium inhabitants won’t make noise or a mess like some dogs and cats, either.

However, having an aquarium in an apartment comes with its own set of challenges.

Before committing to an aquarium, it’s a good idea to figure out what’s best for the apartment and what size can be accommodated.

Contents hide
1 Aquariums in apartments—what are the rules?
2 Renters insurance for fish tanks – do you need it?
3 Do you need to pay extra rent to have a fish tank?
4 Will my floor hold the weight of a 55-gallon tank?
5 Is there a maximum fish tank size for apartments?
6 Can you be evicted if you have a fish tank in your apartment?
7 How can I prepare my apartment for a fish tank?

Aquariums in apartments—what are the rules?

Renters know that many apartments won’t allow pets such as cats and dogs. What some people don’t realize is that the no-pet rule often applies to aquariums as well.

Improperly kept aquariums can create as much damage as other pets, especially if there is a leak, a mildew smell, or the weight of the aquarium causes structural damage.

Some landlords may allow aquariums, but the rules for having an aquarium differ depending on what’s in the lease agreement.

Although rules vary from apartment to apartment, one common rule is a size restriction. A gallon of water weighs about 8 pounds.

While the floor of an apartment can generally support 160 pounds, 400 pounds can occasionally cause issues. This is particularly a concern in apartments that are located above the ground floor.

For this reason, many apartment leases restrict the size of aquariums. Other lease agreements may allow ground-floor residents to have aquariums but may rule them out for anyone living on the second floor or above.

Leaking aquariums can also cause damage. If a large aquarium slowly leaks it can cause structural damage, stains, and mold, and those repairs can often cost thousands of dollars.

Limiting the size of the tank can limit the damage caused by any leaks, so landlords may restrict the aquarium size. What the restriction limit is also varies from place to place.

Some apartments allow tanks up to 25 gallons while others limit it to 2 gallons.

In humid areas, aquariums can cause mold as well. This problem can occur even if the aquarium never leaks because aquariums increase the humidity level in a room.

For this reason, some apartments may not allow even small aquariums.

Prevent water damage in your apartment by using this water leak detector.

Renters insurance for fish tanks – do you need it? 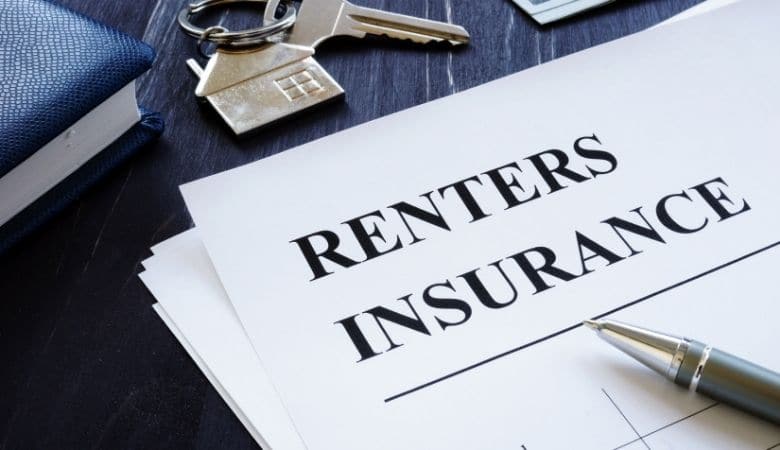 If an aquarium breaks or leaks and causes damage, this is almost always considered to be pet damage.

Pet damage isn’t usually covered by renters insurance, so the renter would still be liable for any damage caused by the water.

This doesn’t mean that renters insurance for a fish tank isn’t a good option, however.

Some renter’s insurance will cover any damage done by leaks in fish tanks.

It’s important to make sure that this is explicitly stated and covered before selecting that insurance, though.

Do you need to pay extra rent to have a fish tank?

Each lease agreement is different, so whether you’ll need to pay a higher rent to have a fish tank depends on your particular lease. Some apartments allow pets with no additional fees.

Other apartments charge a larger sign-on deposit. Still, other leases ask for an additional fee each month, and some places might ask for a monthly fee in addition to a larger deposit fee.

Generally, people who are looking to keep an aquarium in their apartment will need to pay extra rent. This can be as little as $25 a month or could be $100 a month or more.

Will my floor hold the weight of a 55-gallon tank?

When placing a large aquarium in an apartment, particularly one that isn’t on the ground floor, the weight of the filled aquarium can be a concern.

A 55-gallon fish tank can easily weigh more than 600 pounds. However, this doesn’t mean that the floor can’t support the weight.

Regularly shaped 55-gallon aquariums may weigh between 600 and 700 pounds overall, but this only adds up to about 200 pounds per square foot.

The exception to this is if the tank has a very small footprint, but tanks of that shape are uncommon.

This means that if the floor can support an adult man, it can most likely support a 55-gallon fish tank.

If there’s still lingering concern about the structural stability of the floor, larger fish tanks can be placed perpendicular to the joists of a load-bearing wall.

The joists in the floor can often support the weight of even larger tanks without any issue.

Is there a maximum fish tank size for apartments?

There’s no concrete rule about fish tank size that covers all apartments. Some apartment landlords don’t mind any size tank. Others may limit the size of an aquarium.

Some apartments only allow fishbowls.

Generally, if there are no rules in the lease about the size of an aquarium, most aquarium keepers living above the ground floor will still want to limit the size of their tank to 55 or 60 gallons.

This size is unlikely to cause any structural damage and floors should be able to support it without issue.

If the structure is much sturdier, however, or the joists can hold more, even aquariums of up to 100 gallons can sometimes be kept in apartments. 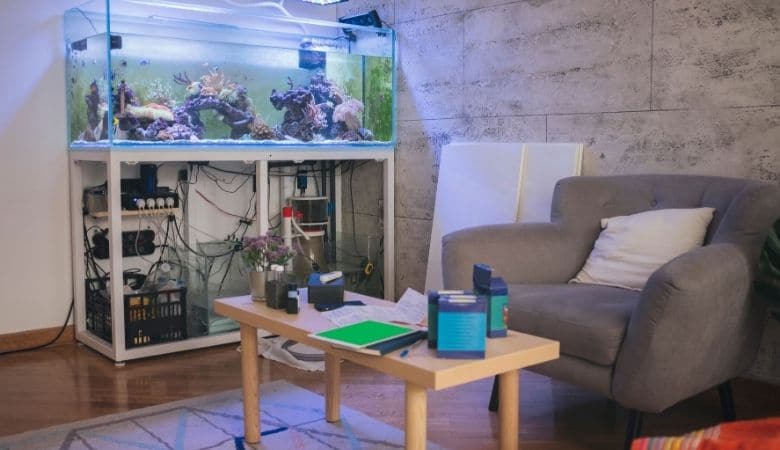 Can you be evicted if you have a fish tank in your apartment?

If the lease states that no pets are allowed or that no aquariums are allowed, anyone who has an aquarium is technically in breach of their lease. This is a cause for eviction.

However, eviction is quite drastic and usually isn’t the course that’s taken. Most likely, renters who have fish tanks that aren’t allowed will be asked to remove the fish tank.

Some renters may also face fines or additional fees if it is discovered that they have a fish tank.

How can I prepare my apartment for a fish tank?

No one wants to imagine that their aquarium will leak, but it does happen. In addition, spills from water changes can cause damage to apartments.

To avoid causing any damage and losing a security deposit, it’s best to prepare the area as well as possible for the fish tank.

Aquarium keepers who plan to add a fish tank to their apartment can invest in a sturdy stand so there’s no chance of the aquarium tipping or being bumped.

Aquarists may also want to put down absorbent mats, such as those that can be placed under carpets, under the aquarium, and any tubing, filters, or pumps.

This will help to prevent any drips from reaching the flooring. Adding pads or an extra rug can also ensure that no water stains are left on the floor or carpeting.

It is important to dry any pads out often, however, and ensure that moisture isn’t trapped underneath them.

Small tanks, such as fishbowls or 10-gallon aquariums, can be kept in a plastic liner or tray to catch any drips or small leaks.

Placing a humidifier in the room with the aquarium and emptying it often can cut down on the excess moisture aquariums create, which can reduce the risk of mold.

For extra safety, apartment renters can install a water alarm. This small device can alert aquarium owners to any leaks or drips so they can be fixed before they cause too much damage.

I recommend the Hydros Control water leak sensor which you can buy at Marine Depot here.