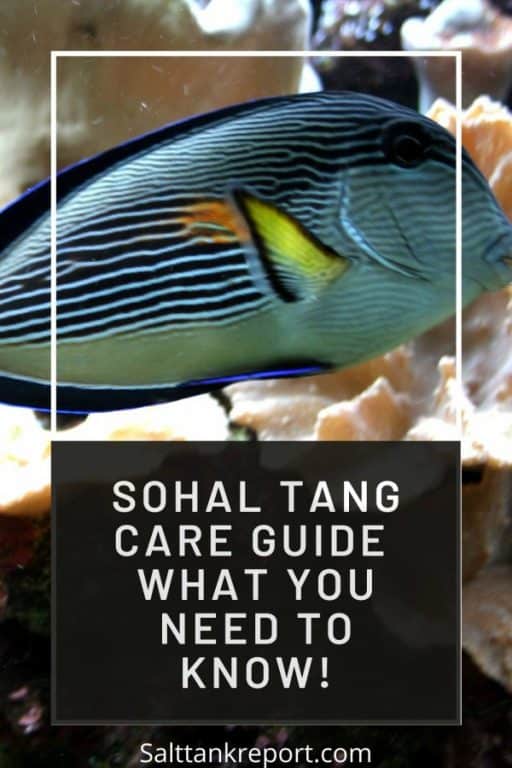 The Sohal Tang is also known as the Arabian Tang or Majestic Tang and is one of those large saltwater fish that is truly amazing to see. They have an engaging personality and are considered a showpiece fish that most hobbyists would love to have.

They have a unique color pattern of blue and white stripes that run the length of their body. Most of their fins are a deep black and bright blue colors.

They also have a bright patch of orange located aft gill plate and on the peduncle area. Like all surgeonfish, they have a blade-like spine in the tail that points outwards when bent and can be very dangerous and painful if you get pricked by them. Hence the name surgeonfish!

Thes fish are definitely not for beginners. They can grow up to 16″ in size and need a very large aquarium to stay healthy. A 240-gallon tank or larger is a must. They are a fast and active swimmer and need plenty of open space to move around the tank.

They can be one of the most aggressive tangs as well, so tankmates need to be chosen wisely. 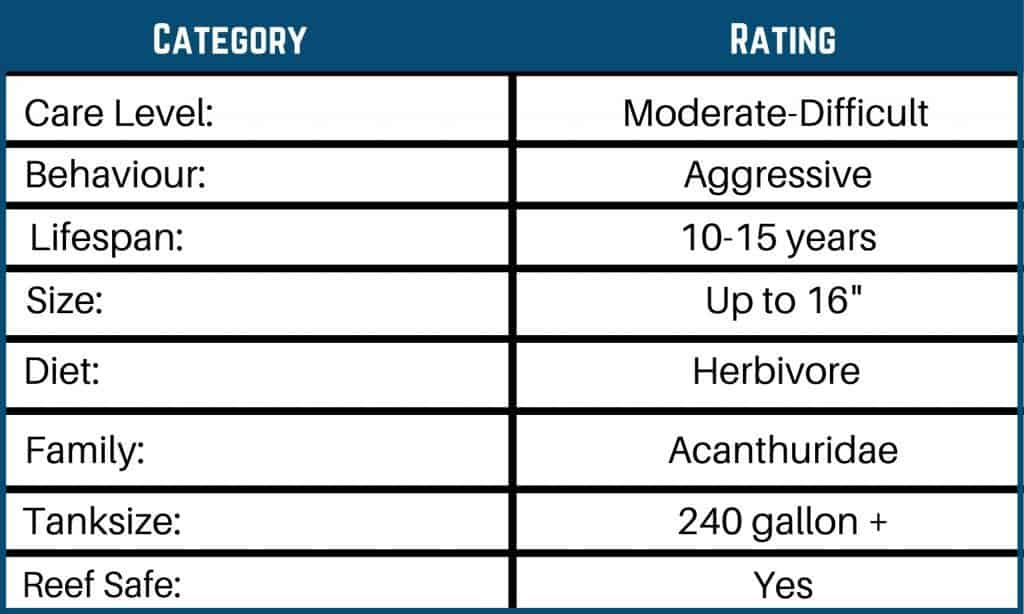 Sohal Tangs are found in the Western Indian Ocean from the Red Sea to the Persian Gulf. As mentioned, if you plan to keep one of these fish in a home aquarium, it will need to be quite large. In the wild, they can be seen constantly picking at marine algae, so it’s important to have plenty of live rock and algae in the tank for them to mimic their natural habitat.

They can live up to 15 years if cared for properly.

A proper diet for these fish should include a variety of marine-based seaweed and algae. Tangs are known to eat meaty foods as well such as brine and mysis shrimp but the Sohal diet should primarily be algae-based.

A proper diet is important for the Sohal’s overall health. They can be fed a few times per day. They will also accept high-quality flake and pellet foods. The New Life Spectrum marine fish formula and Hikari seaweed extreme are good options.

Tankmates – Sohal tangs with other tangs

The most difficult part of keeping a Sohal Tang is matching them with proper tank mates. They don’t play nice with others. Especially other tangs. It’s recommended that they are introduced last in the tank as they generally won’t bother older fish that are in the tank before them.

If the tank is large enough, and you introduce them at the same time when young, you might get away with Sohal’s living with other tangs but it is quite a risk to take. There are no guarantees as they can be quite the bully towards all types of other fish.

If you decide to keep another tankmate with a Sohal Tang, you can try a more aggressive fish like the Tuskfish or possibly a larger Angelfish or Triggerfish.

Because of the large size and temperament, the Sohal Tang should be kept in a tank of 240-gallons or larger and an 8-foot long tank is recommended.

Yes, they are considered reef safe and generally won’t bother corals. Also despite their aggressive behavior, they will not bother invertebrates as well. 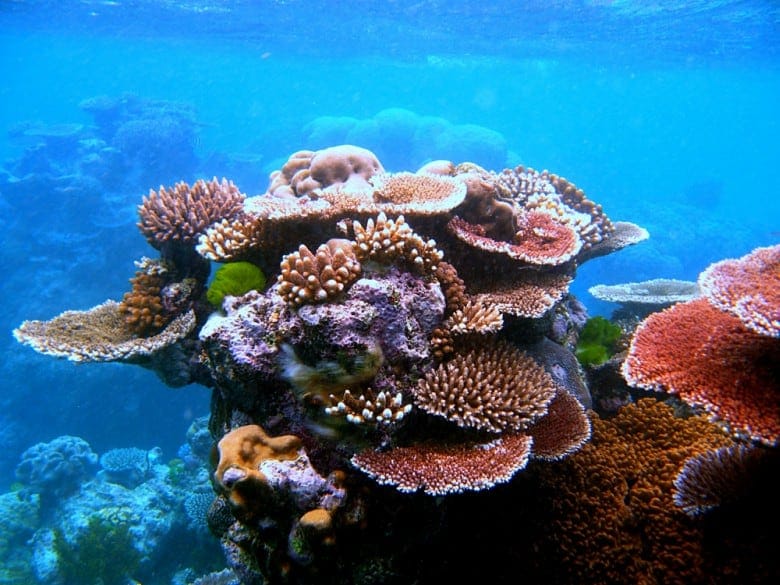 The Sohal Tang has not been bred in captivity, and it is very difficult to maintain more than one in the same tank so breeding is pretty much out of the question.

It is important to properly quarantine any new fish before putting them into your display tank and the Sohal is no exception. The Sohal Tang is known to get a marine disease called Lateral Line Erosion.

HLLE is a disease that affects many marine fish.  The acronym stands for Head and Lateral Line Erosion.  Fish can develop small pitted holes that usually start around the eye and form a line towards the tail. This is usually due to poor water quality and improper diet. This disease can be treated if caught early enough and is not considered fatal in many cases.

If you plan to buy a Sohal Tang, be prepared to spend a fair amount of money. But they are worth it. A small species of 3″ can cost around $200-$250 and a larger species of 6″+ can cost $300 or more. Liveaquaria.com has more info here.

Should you add a Sohal Tang to your aquarium?

These fish are not a great choice if you are a beginner or can’t provide the requirements they need. With that said, if you have a large home for them (240 gallons +) and can provide a proper diet and tankmates, then give them a try. They are one of the most desired fish in the hobby but many people simply can’t keep them.

Watch this video for more info on the Sohal Tang!