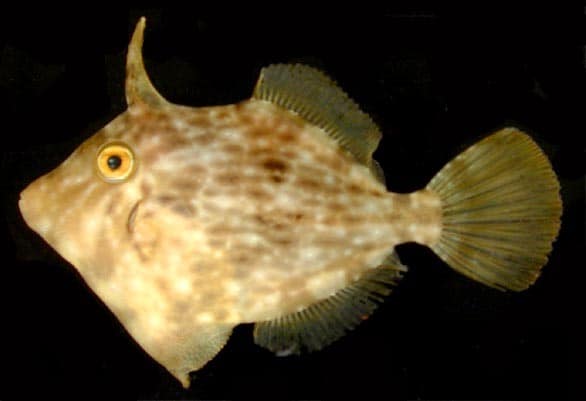 The Aiptasia eating Filefish (Acreichthys Tomentosus) is a thin-bodied saltwater fish originating from the Atlantic, Pacific, and Indian oceans. They should be kept in fish-only tanks. I don’t recommend you keep filefish with corals. They are one of the most common fish to see in saltwater tanks with aiptasia as they love to eat it.

Both beginners and experts can keep Filefish as they are easy to care for. Other names for them include the Matted Filefish and Bristletail Filefish.

The Filefish is a very peaceful fish and loves to swim around rock formations in the tank. They can be kept as a single fish, or if you have a large enough tank, then multiples can be kept. They should only be mixed with other peaceful fish. As mentioned the Filefish are very common in tanks that are overtaken by those annoying aiptasia anemones.

They do a great job of munching on them and making them disappear!

The Filefish is not overly colorful. They are great at camouflage and are mostly brown and green. They have very rough skin and are known to be like sandpaper. So be careful if touching or holding one in your hand. 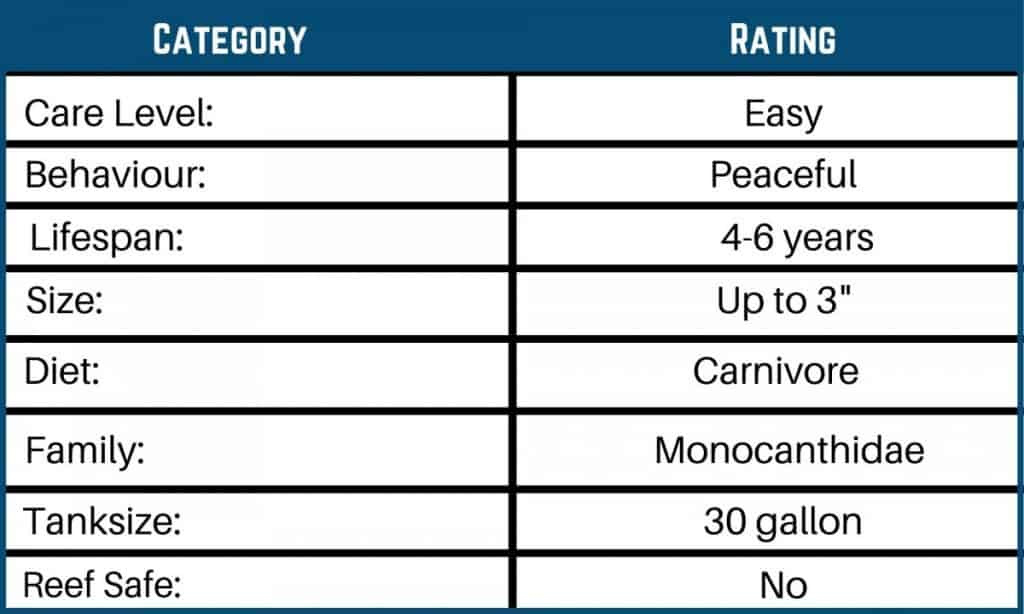 Filefish are a diverse family of tropical to subtropical fish. They live in the Atlantic, Pacific, and Indian Oceans. Filefish are closely related to the triggerfish, pufferfish, and trunkfish. They are generally a shallow water fish, swimming in depths of no more than 30 meters.

Filefish are generally a peaceful fish and don’t bother others. An exception would be that they can be a pest to small fish. You can mix Filefish together, they will get along with each other. It’s important to note that Filefish are known to pick at invertebrates, so be careful if you plan on mixing them in the same tank. They are known to hide within rocks and use them as a hiding place from threats. They are slow swimmers and can have trouble getting away from bullies. 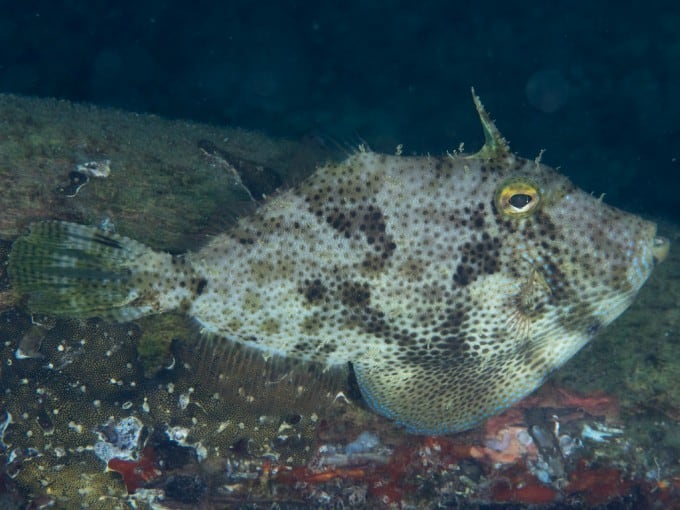 Although the Filefish will eat aiptasia, they are accepting of other foods. This includes shrimp, squid, scallops, krill, and marine algae. They are considered carnivores and are not overly picky with food. A mix of pellets and frozen foods combined with algae will work well for them.

Most Filefish will only reach up to 3″ in size, so they don’t need a large aquarium. A 30 gallon is considered suitable. It’s important to have lots of hiding places and live rock for them to pick on. If your tank is free of aiptasia, they will rely more on algae and regular feedings. Most tankmates will get along with the Filefish. As mentioned above, smaller fish have a chance of being picked on, as well as some invertebrates. Water temperature should be 72F-78F, PH 8.1-8.3, SG 1.021-1.025. It’s important for you to acclimate a Filefish into its new home for a period of a few hours. They don’t adapt well to change so proper acclimation will be very helpful. 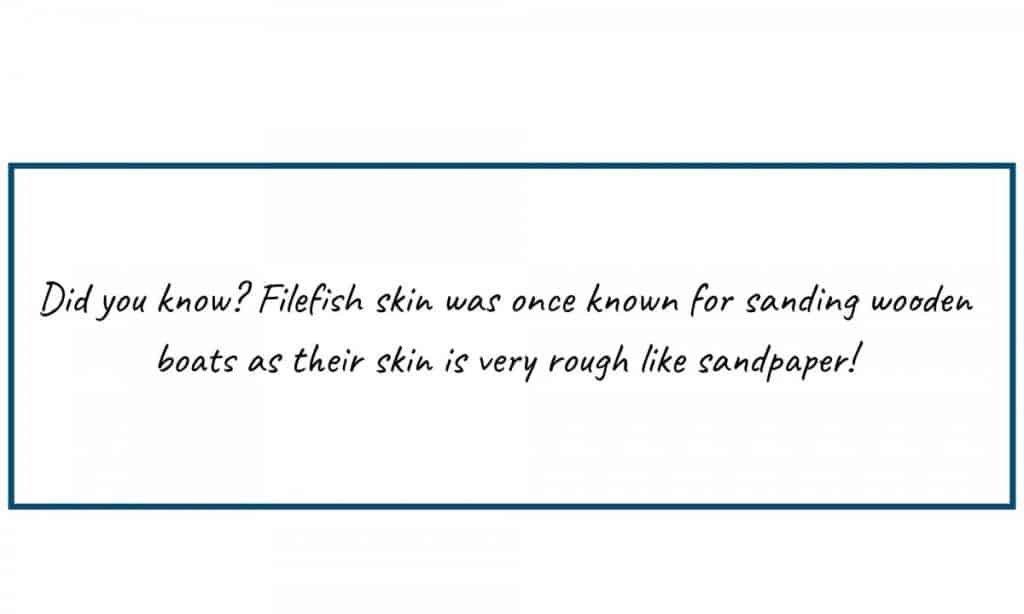 Filefish can be kept in pairs and there have been reports of them breeding in the home aquarium although it’s not overly common. Most species are egg layers and the male will build a nest on a variety of places including sand, rocks, algae, even corals.

A great quality of the Filefish, is they are not as susceptible to disease as other saltwater fish. They don’t normally see a lot of health issues. Of course, they can get the common parasitic diseases but they are generally very good at staying parasite free. Lymphocystis is a disease that is sometimes seen soon after adding them to a new tank, but this will clear up easily and on its own in good water conditions.

Depending on the season, Filefish should generally be available for purchase. If your local saltwater fish store does not have them in stock, ask about ordering one for you. They are usually available. The aiptasia Filefish are not expensive to purchase with that average price being around $20

Should you consider buying an Aiptasia Filefish for your tank?

Overall the Filefish is not an aggressive fish and is fun to watch. They have a very neat body shape that is similar to the Triggerfish. Although they are not very colorful, some species can vary in colors. If you decide to buy one, remember they are known to nip at corals and invertebrates. If you have a non-aggressive tank or are dealing with an outbreak of aiptasia, then the Filefish should work for you.