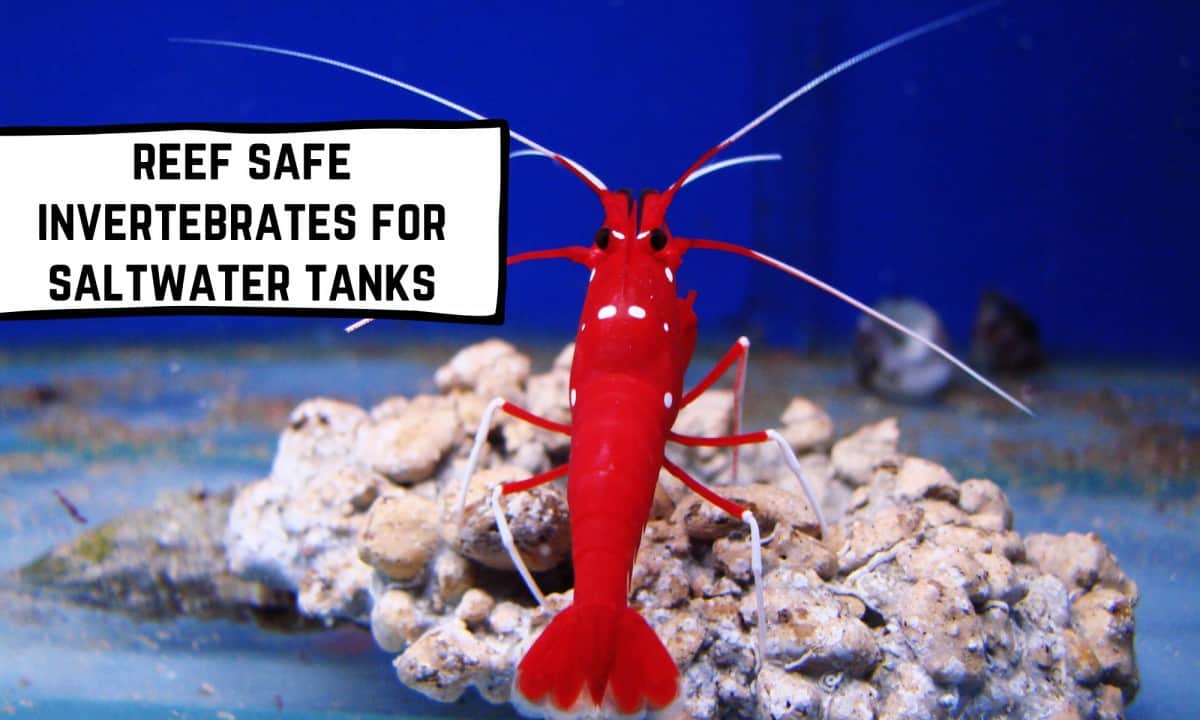 Invertebrates That Are Safe For Reef Tanks

Saltwater inverts are commonly referred to as clean up crew (CUC) and are very beneficial to have in your saltwater aquarium. Although invertebrates are enjoyable and important to have, they can also reap havoc on corals in your tank. Some are even dangerous to have together with other inverts and fish. It doesn’t take long for a crew of certain inverts to wipe out a reef tank.

Therefore, if you currently have corals or are planning to set up a reef tank, ensure that you do your research before buying a cleanup crew to make sure they will be safe to introduce to the tank. In this article, I will show you some commonly kept invertebrates that are safe for saltwater reef tanks.

Benefits of adding inverts to your tank

Saltwater invertebrates are important to have in your aquarium. Commonly called inverts in the hobby, these animals have no backbone and work together as a crew to perform certain functions in your tank.

Some invertebrates are purchased to have as a desired aesthetic part of your tank, and others are used specifically to be used as part of your clean up crew to help keep your tank healthy and looking great. Most invertebrates are scavengers that constantly move around the tank eating up all the decaying organic material they can find. Some inverts like snails will remove algae from your glass walls and rocks. Some will even remove algae from corals without bothering the coral at all.

Organic waste can cause many problems for a saltwater tank. I mention in the article 13 Common mistakes made in the saltwater hobby, that overfeeding your fish can cause poor water quality due to excess waste. Invertebrates will help reduce these excess nutrients and waste, in turn, helping to create a healthier environment for your other livestock.

Therefore 2 huge benefits of adding inverts are for cleaning up excess waste and nuisance algae removal.

The most commonly used reef safe invertebrates are as follows:

Shrimps are reef safe and generally don’t cause any problems in a reef tank. They will eat a lot of uneaten foods, excess waste, parasites (cleaner shrimp) and the Peppermint shrimp will even eat aiptasia. They are fun to watch if you can find them as they sometimes like to hide within the rocks.

Crabs are considered reef safe. Sometimes certain crabs will pick around the coral, but generally, don’t bother them. Crabs are scavengers that will be constantly busy consuming uneaten foods, algae, detritus. 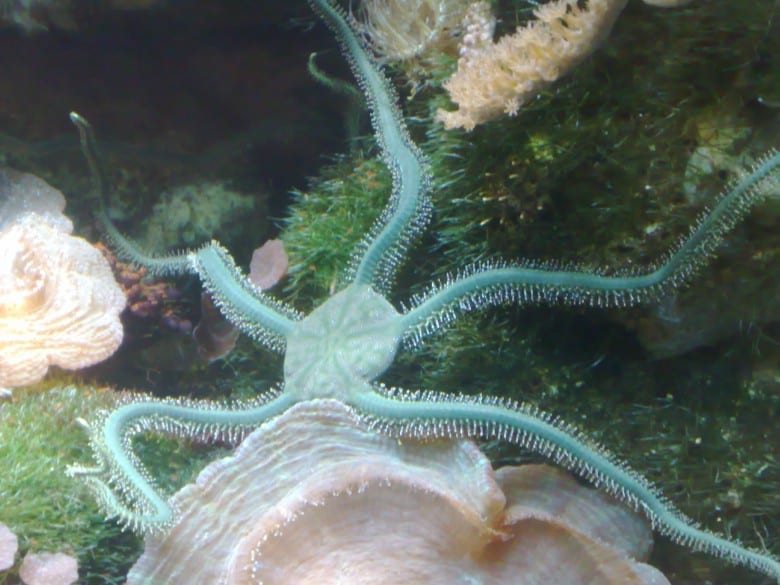 The Brittle starfish and Serpent starfish are commonly found in the reef aquarium. They shouldn’t bother any corals in your tank. They are a great scavenger and do a real good job cleaning up waste in the tank.

When should you add invertebrates to the tank?

It’s best to add your clean up crew to a new aquarium after it has fully cycled and algae is beginning to form. The first sign of algae to show up in a new tank will be diatoms which is a brown powdery algae. At that point, a good invert to add would be snails. The Cerith snail and Astrea snail make great diatom eaters. Once you begin feeding fish, it’s a good time to add scavenger inverts like hermit crabs and emerald crabs to start cleaning up the uneaten foods and waste. Normally it’s best to add your clean up crew in stages, but it’s common to buy groups or clean up crew packages which can be added to your tank all at once.

Best inverts to add for beginners

If you have a new saltwater tank and are adding invertebrates for the first time, I would recommend avoiding some of the more sensitive inverts that may not adapt to a new tank as well. For example, urchins and blood shrimps can be very sensitive to poor water conditions or swings in parameters. Wait until your tank is fully cycled and ready for these types.

For beginner tanks, you can start off with snails like the Astrea or Turbo, Nerite. As your tank matures and algae begins to form, they will help clean the diatoms.

How many inverts should you add

There is no specific rule that says you can only add a certain amount of invertebrates. But there is a general rule of thumb that you can go by. Generally, you can have 1 snail per gallon tank size. Also 1 crab per 5-gallon tank size. Use your judgment as you probably don’t want 30 Astrea snails in a 30-gallon tank. You may want a mix of 10 Astrea snails and some other types of clean up crews. Some snails, like the Astrea, can get large and have an issue of flipping over and they are not able to right themselves up. Smaller snails like Cerith, you can get away with having more per tank.

If you are planning to have a reef tank, there are certain invertebrates you need to avoid. These include the Peacock Mantis shrimp, Spider decorator crab, Snapping shrimp. Reef safe with caution includes the Pom-Pom crab and Peppermint shrimp when attempting to eat aiptasia they can bother some corals. Although it’s not very common.

As you can see there are a variety of invertebrates that are reef safe. Many inverts are very colorful and fun to watch. They are very important in keeping your tank healthy, and you should look to incorporate a nice mix of clean up crew into your personal reef tank.